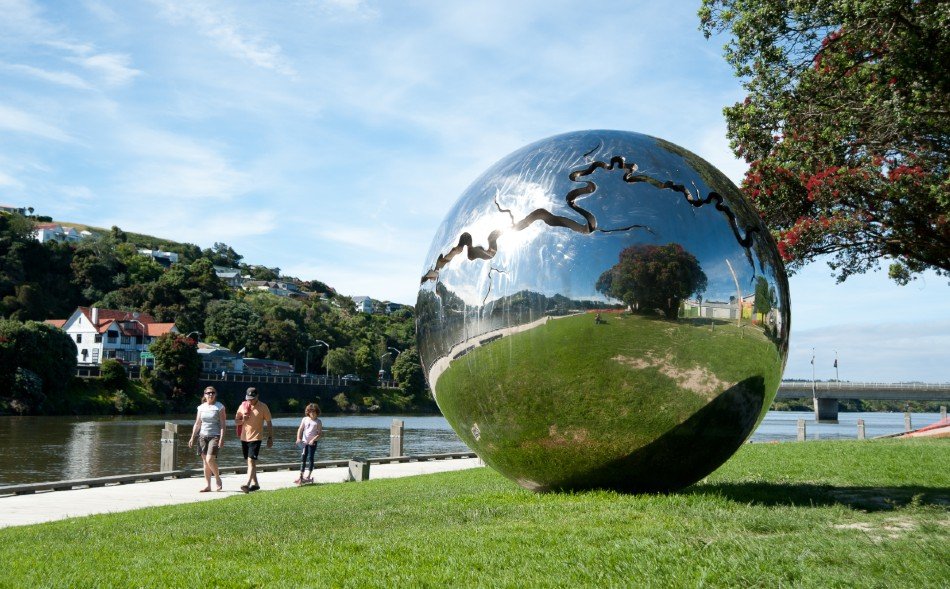 A City rich in cultural heritage

The famous Whanganui River flows from one of New Zealand’s highest volcanoes, Mount Tongariro, through the spectacular Whanganui National Park, to the bustling city of Wanganui. Wanganui is a delightful provincial city rich in both Maori and European history. The town abounds with historic buildings, preserved from the early days of European settlement, along with beautiful parks and gardens. The City has a rich cultural heritage reflected in both the world renowned Wanganui River, it’s architecture and many amenities providing a wealth of cultural experiences and creative entertainment opportunities for everyone.

The mighty Whanganui River combines history with modern-day recreational adventure along its diverse 290 kilometres. The journey begins high on Mt Tongariro and flows through ling stretches of steep rugged bush through its upper and middle reaches. The river widens into a tidal estuary as it nears its final destination, the Tasman Sea, and the city of Wanganui.

The Whanganui is the longest navigable waterway in the country and the second longest river in the North Island. It is full of rich cultural history, tradition, legend, and mystery. It holds a special attraction for canoeists due to its 239 listed rapids, which offer a wide variety of challenges yet is still considered a novices river, suitable for beginners. Thousands of canoeists take to its waters each year, Canoe tour operators offer tours to suit all ages and levels of experience, from fully guided tours to self-hire. One of the features of the Whanganui River and National Park is the famous ‘Bridge to Nowhere’. This fascinating structure in the Mangapurua Valley was built in 1936 and provided access for a rural pioneer settlement before the venture was abandoned. Regenerating bush quickly covered the track in this remote area leaving the relatively unused Bridge as the only reminder. The Bridge can only be reached from the river by jet boat, canoe or by a three-day walk.Jet boat trips are an exciting way to see the magnificent scenery of the Whanganui River and commercial jet boats operate throughout the year.

Pipiriki, 79 kilometres from the city of Wanganui, is seen as the gateway to the Whanganui National Park and includes an information centre and Museum located in the historic Colonial House. There are several short walks of both historic and scenic interest around the village of Pipiriki. The River Road links Wanganui with Pipiriki and offers an alternative for those who prefer to drive rather than travel by canoe or boat. From Pipiriki you can either retrace your journey to Wanganui or continue inland to Raetihi.The road provides stunning views of the Whanganui River and opens access to a wealth of Maori and European history. Along the Road there are beautifully restored Marae, visitors are welcome but permission must obtained before entering.

Further along the River Road, towards Wanganui is the picturesque village of Jerusalem (Hiruhirama). Originally a larger Maori village known as Patiarero, it was once home to famous New Zealand poet James K Baxter, and Sister Mary Aubert whose Catholic Mission remains there to this day.There are also many other sites of historical and cultural interest along the River Road. The Information Centres at Raetihi, Wanganui, and Pipiriki will be able to provide you with further details. A number of accommodation options are available along the Whanganui River and River Road.

Visitors to the city discover its historic waterway with a whole new sense of the past, meeting people who live and work on the river, preserving New Zealand’s early river life and offering hospitality that is one of a kind.

Climate
Wanganui has a pleasant climate with more than 2000 hours of bright sunshine per year (similar to Auckland, Wellington and Christchurch), and relatively few extremes compared with many other New Zealand centres.