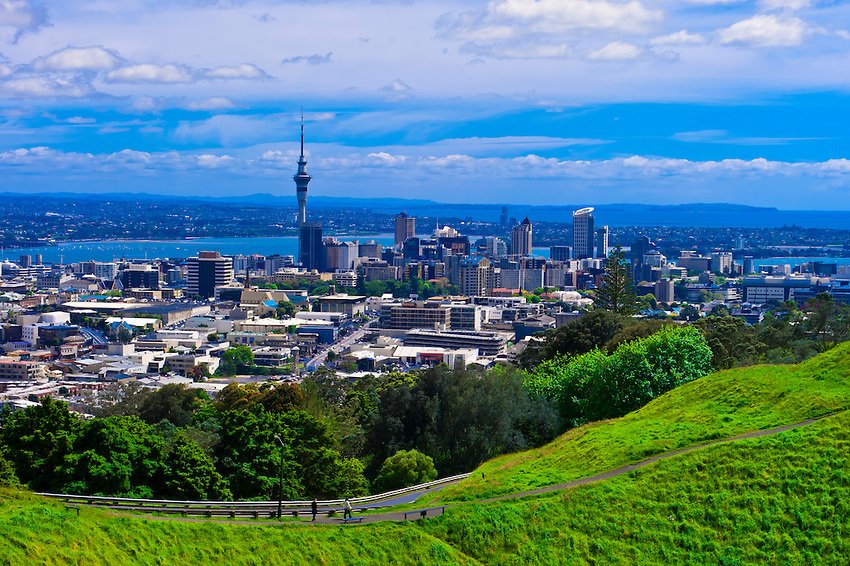 Imagine an urban environment where everyone lives within half an hour of beautiful beaches, hiking trails and a dozen enchanted holiday islands. Add a sunny climate, a background rhythm of Polynesian culture and a passion for outstanding food, wine and shopping – you’re beginning to get the picture of Auckland. Auckland’s blend of islands, Polynesian culture, glistening harbours and modern city environment creates an unbelievable lifestyle ranked amongst the best in the world. Discover why Auckland is one of the best places in the world to live – and visit.

In the Maori language, Auckland is known as Tamaki Makau Rau, the city of 100 lovers. It earned this name because it was a place desired by all and conquered by many. The Auckland region is an antipasto of environments laid out on a huge platter to make one amazing city, boasting three harbours, two mountain ranges, 48 volcanic cones and more than 50 islands.

Auckland’s population is approximately 1.3 million, making it by far the largest city in New Zealand, with one third of the country’s entire population.

To go with the food, Auckland produces a number of award-winning wines from its 80-plus vineyards. Wine making has thrived in Auckland since the early 1900’s. Waiheke Island is famous for its reds, the west and north-west of Auckland is home to some of New Zealand’s oldest wineries, while Clevedon to the south and Matakana to the north are newer grape-growing districts attracting attention. Look for admired Auckland labels such as Kumeu River, Stonyridge and Matua Valley. Some of the larger vineyards have very good restaurants offering dining among the grapes.

After dinner, there are plenty of options for enjoying Auckland’s nightlife. Lively bars and pubs – many of which also serve food – can be found all over the central city, while the big dance clubs are centred on Karangahape Road, known locally as K’ Rd. The city’s casino is located in the Sky City complex, which also has bars, restaurants and a hotel. Live music and theatre can be found in large venues such as the Aotea Centre, the Bruce Mason Theatre and Sky City Theatre. The Civic Theatre in Queen St has recently been restored to its art nouveau glory. Another historic venue is The Pumphouse, an old brick water pumphouse constructed in 1894 on the edge of Lake Pupuke on the North Shore. Other smaller theatres are scattered through the central city and outer suburbs.

Visual arts are on show at the city’s numerous galleries, the largest of which is the Auckland Art Gallery and its neighbour the New Gallery, which focuses on modern art.

Auckland is consistently voted one of the world’s best lifestyle cities in international surveys. The cosmopolitan city centre is complemented by great escapes no more than half an hour from downtown.

One of the best ways to appreciate the City of Sails is from on the water. Regular ferries service the islands of the Hauraki Gulf, while charter boats are available in every incarnation, from classic yachts to speed launches. Windsurfing is popular in the bays around the harbour, and so is kayaking, with regular guided expeditions to the far reaches of the Waitemata.

The hiking trails in the Waitakere and Hunua Ranges, to the west and south of the city centre respectively, take you deep into cool, peaceful rainforest.
Apart from sailing and boating, Aucklanders’ favourite past times include rugby and rugby league in the winter and cricket in the summer. The Hauraki Gulf is also home to pods of dolphins and whales, which can be viewed on regular boat trips on the Dolphin & Whale Safari. Sea life can also be seen from underwater, through transparent tunnels built in an underground aquarium at Kelly Tarlton’s Antarctic Encounter and Underwater World.

Distinctive Geographical Areas
The Auckland region is made up of four cities: Auckland, Manukau, North Shore and Waitakere; and three districts, Franklin, Rodney and Papakura.

Waiheke Island
Waiheke is one of the larger Hauraki Gulf islands and its landscape is a picturesque blend of farmland, forest, beaches, vineyards and olive groves. The unique climate and soil conditions produce consistently excellent wines, particularly Cabernet and Merlot blends. The island seems to have a similar effect on the local art scene – Waiheke artists and craftspeople are credited with producing some of the country’s most respected work in recent years. A day trip could include visits to vineyards and art studios, swimming at Onetangi or Palm Beach and lunch at an Oneroa cafe.

Great Barrier Island
Great Barrier Island is the guardian of the gulf. As its name suggests, it shields the inner islands. Its eastern side takes a pounding from the Pacific, creating almost unmatched breaks on the surf beaches of Awana and Medlands. The western coast is more tranquil, with deep water harbours that provide a safe anchorage for yachts.

Only 30 minutes from Auckland by air, or three and a half hours by ferry, Great Barrier has the kind of rugged, untouched beauty that appeals to adventurers. Take your tramping boots, because the magnificent forests are laced with well-formed roads and tracks that lead to secluded natural hot springs and historic Kauri dams. Unsurprisingly, wildlife flourishes here – the island is a haven for rare birds and lizards. Around the coasts, it’s all about endless white sandy beaches and crystal clear waters that offer legendary fishing and diving experiences.

Kawau Island
To get to Kawau Island you need to catch a ferry or take a water taxi from Sandspit, an hour north from Auckland city . On the island you can discover Sir George Grey’s stately mansion, which is now open to the public as a museum. Grey was the first Governor General of New Zealand. From Mansion House Bay peaceful walking tracks lead through native forest to beaches, Maori Pa sites and old copper mines. Another walk takes you to a large redwood tree planted by George Grey in 1864.

Motuihe Island
Motuihe Island is recognisable by a distinctive row of Norfolk Pines growing along its spine. Access is by ferry on weekends and public holidays. Take your pick from two superb beaches or stroll up the hill to the remains of a WWI prison camp – the dashing Count Felix von Luckner was held here before his daring escape in 1917.

Rangitoto Island
On Rangitoto Island you can wander through the world’s largest Pohutukawa forest, alive with flitting fantails and silvereyes. You’ll instantly notice what the trees are growing on – a tumbled mass of jagged basalt lava that leads to an impressive volcanic cone.

Rangitoto emerged from the sea around 600 years ago in a series of fiery volcanic explosions. On your journey to the summit, by foot or by 4WD, take a detour to the lave tunnels. Take time to explore adjoining Motutapu Island, a mosaic of protected archaeological and historic sites. There are over 300 Maori sites recorded on the island alongside more recent remains – a gun battery and army barracks are testament to the part played in Auckland’s defences during WWII.

Tiritiri Matangi
To the north of Rangitoto is Tiritiri Matangi. “Tiri”, as this island is known, is a conservation success story and a wonderful day trip for visitors to Auckland. This island has been cleared of predators and planted with over three million native trees. It’s home to many endangered birds, including kiwi and the extremely rare takahe. You can choose to explore at your leisure, but the Park Ranger tours that are offered to all visitors are well worth the extra few dollars. There are regular ferry services to Tiri from Auckland and Gulf Harbour.